The opening passage, a teaser from my latest novel entitled : THE TRANSIT OF TRISTAN 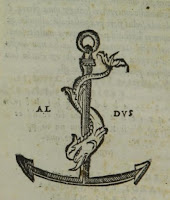 Telephoto lenses nestled in the soft embrace of the duvet on the twin bed next to her, their striated outlines highlighted by the glint from the clock radio's absinthe coloured light. Implements of a spy. She shifted her eyes to the polished gleam off the night table which housed the holy trinity of all hotel rooms—television remote, clock radio, telephone—and waited for her wake-up call feeling like a Sibyl awaiting the cryptic arrival of the divine.

Boarding began at seven in the morning. Departure, an hour and a half later. She didn't know quite what to expect. The passage up river on a supply ship was an unknown. A vastness of landscape no doubt. Fewer people certainly. Dangers? Unlikely. Days of calm she hoped. Days of meditative walks. A chance to reset her equilibrium with the world. Escape.

She turned and lay on her back, and, for a brief moment, felt she was floating, floating upon all the days of her past, floating upon all the incidents and incidentals that cluttered a life and hindered self-knowledge. Days in that busy world she'd left behind where the winds of synchronicity seemed to shape her decisions; days when a casual hesitation on a street corner brought about the convergence of parallel lines long prefigured.

But not today, not on this hotel bed awake in the pre-dawn chill. She felt no shimmering auroras of hidden truths, no premonitions of fate, only the pale anxiety of many landfalls and departures ahead of her, where she imagined huddles of impatient-eyed, scraggly-clothed, emotionally-tethered souls awaited, ready to observe, evaluate, and quietly mock her sense of escape.

In defense, she saw herself cup her Nikon F4, or her Pentax LX, and surreptitiously fine-tune the focus, to the left, to the right, and then, with a dry click, freeze their moment of time and light.

Seven Islands. Sept-Îles. The name reminded him of the famed seven islands of Greece, the Ionian Islands: Corfu, Lefkas, Ithaca . . . . He couldn't remember the others.

He thought he could make out a few of the local ones in the grey morning mist, hovering in the far distance like the long-hulled ships at anchor waiting their turn at the loading dock.

He sipped from his steaming coffee cup surprised at having remembered this fact. A friend of his mother had told him about the iron ore decades ago, a man who'd made a living as a private pilot for various business executives, often American, travelling the north shore of the St. Lawrence River. He'd lived in Seven Islands as he called it then. He could see him now, standing in a doorway, a tower of a man, hands in pockets, rocking on his heels, regaling them with stories of this exotic coastal land. Supposedly a railway had been laid into the far north, up into the Labrador hinterlands where the mines were located. The ore travelled south by rail, and then shipped westwards to Montreal, or abroad.

Montreal. That's where he should be, not in this hotel dining room with a view of the harbour. He'd probably still be in bed, dreaming of the music score for Vivaldi's baroque concerto for two violins, 'Per eco in lontano,' the one he'd been working on.

He reached for a newspaper on a nearby table, a Québec city paper dated Saturday August thirteenth. He wasn't surprised to find the headlines devoted to politics. It had only been four weeks since he'd overheard news that the Québec premier had called an election for mid-September. His colleagues at the Vollenhove Institute for Baroque Studies knew he wasn't interested in politics, knew he didn't read newspapers, knew he didn't listen to the radio or have a television, but the aural and visual noise of it was difficult to escape. Placards and signs had proliferated like musical notes of an avant garde and dissonant composition. Graffiti scrawls of “OUI” or “NON” appeared like bruises on the facades of fine older buildings, and the incomprehensible political chatter in his favourite coffee house seemed intent on intruding upon his consciousness, intent on unravelling his sensibilities like a loose thread pulled from one of his scarves.

He turned the pages passing over political contentions, homicides, accidents, and blood sports to arrive at the weather predictions for the week. Nothing was specified for where he was headed. From Sept-Îles to Blanc-Sablon seemed a wilderness of no concern.

She finished off her banana and yoghurt and stared through the hotel window remembering the last words of her father, a literary quotation he must have anticipated using for years: Non seulement nous regardons les choses par d'autre côtés, mais avec d'autre yeux; nous n'avon garde de les trouver pareilles.

She didn't tell her mother he'd spoken those words. Instead, she'd fabricated a moment of drama for her: a clutching of the daughter's arm, her mother's name on his dying lips.

Literature had been divisive. Best to provide this dry salve to their long broken marriage. Sweeten the end. She realized it may have transferred a touch of guilt upon her mother's conscience, but she considered it a healing touch.

It wasn't until she dealt with his estate did she come across the literary source. He'd left a supple leather bound copy of Pascal's Pensées upon his desk, the silk ribbon bookmark lining the gutter like a red incision: Book two, number 124.

It was if he knew he was going to die.

As to the author, she'd been mildly surprised. She'd anticipated a modern philosopher or writer, someone like Sartre or Camus, Beckett even. Why Pascal? And what was the meaning behind the words that we not only see things from different sides, but with different eyes too, we don't want to find them alike? And what did her father intend to convey? Words and literature were not her domain. She'd made it through the narrow divide of poet, playwright-father, and actress-mother to emerge from the familial shadows with an interest in frozen moments, captured visuals. Words had always been elusive, slippery, unreliable.

She dropped the small yoghurt cup into the waste basket and wondered if she'd be given the same room on her return in six days time. Hovering over the phone, she picked up the Hotel Mingan message pad. Six days. Not even a week. Wednesday to Monday. She would leave her car in the hotel parking lot. Safer she thought. And further away from the salty air of the port. She tossed the note pad on the bed beside her packed bags.

She should arrange for a taxi to take her down to the port. Best to arrive early and overcome anxieties of uncertainty.

The bearded taxi driver with his Greek fisherman's cap was curious. Was she going to visit relatives? Which community? No. She was a photographer. Tourist. There and back. Sightseeing. He nodded his head and then gave her a look in the rear view mirror as if she was to be pitied. A single woman in her late twenties on a supply ship to distant communities seemed a waste of life's precious energy and time.

They drove in silence past generic 1970s bungalows with their generic landscape offerings of dwarf evergreens huddled in generic formations. But for the election placards, it could have been any street in any town, any province. They turned left on avenue Arnaud towards the port and she caught a glimpse of tugboats in the distance and could smell the tang of the water.

Ahead of them she noticed a young man striding towards the pier, his long brown hair tied back in a ponytail with a dark ribbon. He was carrying two pieces of luggage, pale green cloth with brown leather straps and handles. As they passed him she looked back and noticed he was wearing what appeared to be a waistcoat. A watch chain glimmered like an inverted rainbow at his waist.

Labels: Fiction, The Transit of Tristan