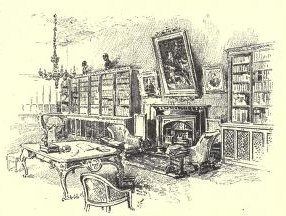 Thérèse, sitting at the window desk, sealed the envelope and propped it against the pot holding a Christmas cactus, green with hope. She got up and went to the door and contemplated whether to mail it now, or in the morning. Her tired legs giving her the answer, she returned to the desk and opened her laptop. While she waited for the computer to warm up, do its yoga stretches as Martine would say, Thérèse searched the chipped porcelain cup holding pens and pencils for the hidden flash drive. She hadn't looked at the files in months. She had come very close to dropping it into the cold North Sea, and yet, it was the very reason she found herself in this lovely city. If only it had been a straight forward case of city corruption. Corruption sheltering just beneath the rocks. It was almost expected, and, as she knew, all too real. But this. . . .

She thought of the day when her Father's lawyer asked her to use her investigative skills on a personal case. Almost a year ago it was. Mr. Roquebrune had phoned her and arranged a meeting. He had picked her up and they had driven up to Mount Royal, their conversation casual, about family, her Father and her career. At the parking lot, they had got out and walked the pathway to the lookout enjoying the trees in their colours. It had been a lovely day, one of those days that bring contentment and pleasure with each breath. As they had approached the lookout, he had revealed his story.

“A man, a client of mine, aged 52, died recently, last Monday in fact. His name was David Ashemore. He was a bachelor, a researcher in intelligence work. On the Friday before, he had come by Wormwood & Verdigris and left a box with a letter addressed to me. He wanted me to keep the documents within the box for safe keeping. Within was a manuscript and five years of journals. If anything untoward was to happen to him, he wanted there to be an investigation. He requested there be an autopsy if he died and that I must be present to discover if anything unusual was found.” Mr. Roquebrune lifted the collar of his fine wool and cashmere overcoat, and adjusted the purple paisley silk scarf around his neck. “As you know, Wormwood & Verdigris is an old firm, and our discretion and reputation are well-known. This investigation request seemed rather outside our purview. That is why I thought of you. Your Father had been such a good client and always talked fondly of you and your skills. Feisty he said you were. We will pay you of course. If you accept, whatever major expenses you project to encounter, should be pre-discussed with me, but otherwise your time will be recompensed accordingly. The deceased actually left funds designated for that purpose.”

They approached the concrete balustrade at the right side of the lookout and with the city spread out before them, solid and substantial, the request seemed vague and dubious. Thérèse opened her mouth to respond, but hesitated. Then, turning to Mr. Roquebrune, thinking of the manuscript and the possibly endless pages of journals in a hand she may find difficult to decipher, she said, “What was there to investigate? What do you think? Was he . . .”
“Suffering from a mental illness? No, I don't think he was. He left a list of people who he felt must be interviewed: doctors, friends, acquaintances and neighbours. It was his belief as far as I could tell from my brief perusal of his papers, that their stories will reveal parts of the puzzle.”
"What was the puzzle?"
"As far as I could discern, he felt his health and reputation had been destroyed by actions undertaken by his employers."

They continued walking to the centre point of the arc and Mr. Roquebrune took a coin from his coat pocket and placed it in one of the viewers. He scanned the city and then out to the North East. “That is where my family originated, farther up the river, but nevertheless, distant roots on the land.”
Thérèse looked through the device and tried to imagine the time of the seigneuries and habitants. “Such a beautiful view, so rich in history,” and as she said it, she felt her sentence come under the shadow of the past with all its attendant miseries, hardships, tragedies and injustices on all sides. She turned the viewer back to the city centre and looked at the highrise apartment buildings in the foreground with their expensive penthouses and countless windows of so many people's lives looking back at her.  Rising, she looked over to Mr. Roquebrune and said, “Why didn't the police look into it?”

“He did not want the police involved. I was enjoined from doing so. His words were, 'the truth would be suppressed.' The letter to me also said he wanted me to come by on Monday morning to talk. He said he would leave the front door open in case he didn't hear the doorbell. When I arrived, there was no answer, so I let myself in. As I stood in his hallway, I called his name but only the shroud of silence followed."
Mr. Roquebrune turned his back to the balustrade, and looking towards the large Chalet, sighed wearily. Thérèse touched his arm with her hand.
"On the hallway table, I found a note in large lettering. The note informed me he had taken his life. His body would be found in his bedroom. And there I found him, on his bed, prescription pills on the beside table."

Thérèse took his arm and they walked towards the Chalet.

“It was quite a shock. It was unique in my career to have experienced such an . . . episode. And a decision had to be made. And quickly. All my legal instincts had shifted under my feet, I was at sea as they say, and yet, I felt I was under the legal and moral obligation of my client to follow through with his desires.”

They walked up the staircase and entered the Chalet. Mr. Roquebrune pointed up to the pictures that hung about the central hall, rather old-fashioned scenes from history, and said, “Few people seem to know that the great abstract painter, Paul-Émile Borduas worked on some of these paintings in his youthful days." Then, after a pause, "Le Refus global seems so much water under the bridge doesn't it? The world is changing so quickly. Do you like Borduas's compositions in black and white? I find them quite peaceful to look upon.”
“Hmm, yes, but my preference is for the colourful richness of Riopelle.”
“How is your friend, the painter, Jerome?”
“Oh, he is fine. Always busy with a painting.”
“I have a building to rent at the back of my property which would be ideal for his lifestyle. An excellent room for a studio. If he is interested, have him call me.”

They made their way out the back door and began their return to the car.
Mr. Roquebrune stopped briefly and looked at Thérèse. "David Ashemore wanted me to be present at the autopsy to ascertain whether there was an advanced piece of technology inserted in his stomach or upper intestine."
"Advanced technology? That is very .  .  . bizarre. What did they find?"
"Unfortunately, the autopsy took place without me. Someone had pushed it through. When I talked to the coroner, he had been very nervous and said nothing foreign had been found. The report, he informed me, would show that Mr. Ashemore had died of an overdose of sleeping pills consumed with alcohol." Mr. Roquebrune coughed and cleared his throat. "The coroner also said that David had been in the last stages of prostate cancer which had spread up his spine and into a number of his organs. The body has already been cremated."
"Oh, that is very sad. Suicide seems quite understandable then. Open and shut case as the TV dramas say. It seems all rather mysterious though. Intelligence work, a possible murder, a possible cover-up, documents and journals. Why don't you hire a private investigator?"
"A private investigative firm could very easily be coerced. Money, power and influence can turn the most upright citizen .  .  . upside down, whereas you have my complete trust. You could pose as a friend of David's and follow from that premise. The funeral will be sometime in early November. He didn't have any close family or relatives still living. The moment you come across any resistance, anything at all, I want to be kept informed. I merely want to fulfill the obligation set down by my client. No more. We can't be expected to be heroes. The moment you discover any type of resistance, we will put the file to sleep."
"And what about the manuscript and journals?"
"They will be kept in our files. Indefinitely. Archived."

Thérèse opened her browser while the memory faded. She put the flash drive back in its forsaken porcelain container. She couldn't face the files just yet. She thought back to when a few days after her meeting with Mr. Roquebrune, he had called her into his office. She had gone down to Wormwood & Verdigris and in their library room, he had informed her that the coroner had died of a heart attack. She could choose to relinquish the job if she wished. She should have known from that moment to have backed off.

She closed down her computer. She walked over to Martine's stereo and turned on the cd player and started to listen to the Erik Satie disc Martine had been listening to the night before. Thérèse curled up in a side chair, the Karen Fossum book on her lap, and listened to the soft piano notes and emotions which bathed her like the muted light that graced the cactus leaves with distant warmth.
© ralph patrick mackay
Posted by ralph mackay at 1:43 pm