The Night After Christmas: A Visit from Stephen Fry and Co.

The Night After Christmas:
A Visit From
Stephen Fry
&
Co. 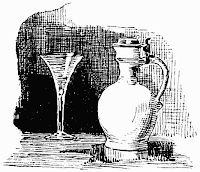 Twas the night after Christmas at Hugh Laurie's house,
His dear wife was screaming, "a Mouse! it's a Mouse!"
And Hugh in his stockings jumped up on a chair,
Thinking if only his friend, Stephen Fry had been there,
But he was probably in Norfolk all snug in his bed,
With visions of ipods and downloads in his head.
So the Lauries sipped eggnog on their chair in nightcaps,
And were soon fast asleep, snoring in their laps.
When out by the pool, they heard such a splatter,
They sprang from their chair with the force of dark matter.
Away to the window they flew in a trice--
Followed by a family of adorable mice.
The garden gnomes glistened in the moon's afterglow,
While the swimming pool rippled with hints of white snow.
When what to their wondering eyes should appear,
But Stephen Fry in trunks and red snorkle gear.
With his ipod roistered, lively and quick, he managed an inpromtu twitpic--
With his Santa hat, he looked a veritable St. Nick.
More merry than beagles his dear friends they came,
And with a Baaahhh! and a trimble, he called them by name,
"Bill Bailey! Alan Davies! Jo Brand! and Phil Jupitus!
Sean Lock! Jimmy Carr! Rob Brydon! and Trefusis!
To the springboard climb up, climb up one and all,
Together we'll create one massive cannonball!"
Like dry leaves they did shed their clothes and did fly
Over to the springboard, hands raised to the sky,
And up they did mount, like coursers they flew
And with ipod and vodie, St. Stephen Fry too.
And then in a twinkling, they heard a great creak,
The board was too slender, the board was too weak.
The eyeballs of the Lauries--and the mice--rolled around
As their friends fell forward with a flubbering bound!
A bundle of bodies, some tight, some slack,
A veritable Moby spewing water from the wrack.
Their eyes--how they twinkled! their dimples how merry!
Their cheeks were all rosy (for the water was dam icey!)
Then Hugh and his wife brought them cotton terry towels,
As their friends bibble-bobbled and shivered their vowels.
Stephen, with magic, procured bottles of fine Port,
And they all raised a glass to Peter Kingdom and his Court.
Bill Bailey tickled ivories, and Bryden talked behind his teeth,
While Hugh got his head stuck in the old advent wreath.
Jimmy Carr told a joke bout garden gnomes and lubricant jelly
While Jo Brand watched David Tennant's Doctor on the telly.
Dear Jupitus sang a song bout a princess and an elf
While Trefusis and his dongle laughed in spite of himself.
Alan Davies and Sean Lock mimicked and told stories,
And had everyone laughing, including mice and the Lauries.
Then Stephen recited a moving stanzaic work
About a lingerie shop owner, Pumbleby Quirk.
Oh, the tears they did fall, they fell from each eye,
(Including the writer of this ditty, Ralph Patrick Mackay.)
They embibed some more port, and each blew their nose,
Arranging for photos in a jumbled group pose.
And then with a whistle, Hugh did show them their beds,
And told them breakfast was at seven for any sleepy heads!
Stephen visited each guest, and as he turned out each light,
Said, "Happy Dreams to all, and to all a good good night."

-by Ralph Patrick Mackay aka Chumley
Posted by ralph mackay at 8:48 am