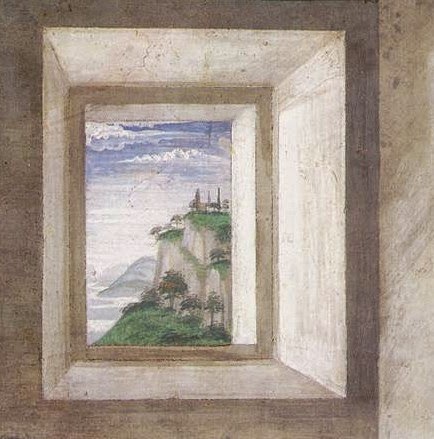 Duncan raised the cool water in his cupped hands and gently pressed it against his face, rested his palms over each eye, and breathed deeply as the remnant water trickled down his wrists. He repeated the process and then reached for a towel thinking perhaps he shouldn't have been drinking Maudite along with his new prescription. Looking deep into the mirrored reflection of his brown eyes, he wondered if the depression medication he'd been taking since Edward Seymour had advised “a light tonic” back in the mid-80s, was interacting with it.

He put his glasses on, and as he ran his fingers through his hair, he noticed one of the many postcards of Montreal landmarks that Yves had applied to his record shop bathroom walls as decoration—a veritable salle de bain time machine—a postcard of the amusement centre of their early youth, Belmont Park in Cartierville with a view of the north river, now, somewhat ironically, a quiet green space named after its noisy predecessor. Memories, faded brief instances, flashes of image came back to him like those of his Father's slide shows of their family vacations to Cavendish Beach or Expo 67: the old wooden roller coaster descent, his baseball cap swept away, a sharp corner of the Wild Mouse, puddles and reflected sky, litter and sticky shoes, popcorn and pink cotton candy, shooting ducks in the shadows, ring toss, stuffed animals, spinning teacups, an enormous mallet suspended in the air anticipating the ringing of the bell, the bumper cars . . . bumper cars. It had been one of his favourite choices as a kid, yet one of the most frustrating. Alone, finally in control of one's direction, gripping the steering wheel, foot to the pedal and then . . . one was bumped off course, bumped again from another, pinned against the side while the clock ticked and the opportunity to drive freely, diminished. It was like life itself he thought, self-determination battered by the vicissitudes of a competitive world. Or at least a competitive twin.

He stretched his neck. Grinding bone and muscle rippled and popped.

But wouldn't the far-seeing gurus and those complacent authors on the self-help shelves supporting the zeitgeist of the day admonish him? Wouldn't they chide him for not seeing that he too was the driver of the other bumper cars? Wouldn't they say he was pinning himself to the edge while the unseen clock ticked away with maddening velocity? Expired? In stasis? A mirrored infinity of little Duncan's at the wheel?

Frozen in the banality of an everyday truth, he looked at himself in the mirror.

Was he responsible for the discovery of the unusual rock on the sandy beach of Prince Edward Island? And for its loss?

As his thoughts grappled with bastard fate, the image of the marble sculpture of Laocoön rose in his mind. As soon as we slip from our Mother's wombs, he thought, we're swept into that flow of myriad possibilities, headlong, fingers in fists, coming out fighting, ready for the first slap.

Duncan rolled his shoulders and readied himself to join his friends, and as he opened the door he heard the soft acoustic 1970s folk sounds of Harmonium's Pour un instant coming from the speakers, and he stood in the open doorway, the lyrics and melody enticing him to feed on nostalgia, and yet he sensed, at least for the moment, he was a stranger there, out of place, his appetite expired much like the clock of that old amusement park ride so long ago. He felt remarkably untethered, yet he was equally filled with the uncertainty of what he would do. His life lay before him like one of those winding paths in old paintings leading to distant lands. He was still relatively young at 53 years of age. Wasn't he? Fifty three. Fifty three? Nausea rose from the pit of his stomach as if that amusement park mallet suspended in the air had finally come down to hit the mark, but the puck had only risen a few feet in his mind, the ringing bell silent far above.

He was on the dust heap at fifty three.

Lucrezia checked her smart phone for further messages from Declan who was caught in a flight delay at LaGuardia airport, which, according to his lack of syntax and use of exclamation marks, was not a pleasant experience on a Saturday evening on the 22nd of December. Seeing he wouldn't be able to make it to their country house till the next day for their quiet Christmas together, she'd made a visit to the secret book room and retrieved the cigarettes she kept in a fake volume bound in calf with the title The Sibylline Oracles - Sir John Floyer - 1713 in gilt on the spine. She'd just finished with a cigarette and tossed the remnant into the fireplace where the dry maple wood crackled and sputtered sending flames and sparks upwards like a smithy's forge. She rarely smoked more than the first half, just enough to overcome the need. The unacknowledged habit helped reduce her consumption, and hiding them, and rarely smoking them, added to their elicit pleasure. Their household staff were aware of her occasional proclivity; smoke vortexes rising from between the hedges of the maze, random white filters of her Davidoff brand unearthed in the garden by Belford Owens their gardener and stable man, or the hint of smoke on her clothes caught by the sharp nose of Miriam his wife, were sure signs. Of course Thaddeus and Bartholomew knew. They purchased them for her. As for Declan, she knew his opinion of her occasional habit. He voiced his concern once, and let it rest.

She paced back and forth in front of the hearth, arms crossed, wondering if she should start that Ann Patchett novel she'd bought, but ultimately, she felt too restless for the page. She missed sitting for Jerome, missed watching him work, looking at his body move as he worked the canvas. She'd been foolish with him once, but he hadn't been the first. There had been that sportsman sailor in Antigua, and the book specialist at Sotheby's in London but that was all. Brief flings of the moment. Three occasions. No further relations or communication. She couldn't see herself doing it again. She was glad Jerome was getting married but Declan's offer to host a small reception for the couples in the spring made her worry Jerome's wife would somehow perceive that something had occurred between them. A glance, or a phrase by one of them, or even by Thaddeus and Bartholomew, could possibly arouse a speculation.

Passing the Longcase clock in the hallway, she made her way to the kitchen where she'd left the novel and found Beaumont lying on the rug near the door, half-asleep. She winked at him when he opened an eye to look at her, and then she bent down and petted his shoulder and side.

“Declan will be home tomorrow Beaumont, tomorrow,” she said. “He can take you for a long . . .” but she caught herself before she said the word whose sound was a pure Pavlovian trigger.

While she made herself a cup of hot chocolate, she decided one of her favourite movies was the cure for her malaise. Ever since having watched one of Gene Tierney's movies on television when young, she'd become enamoured with the actress. She brought her mug to the cozy upstairs den and opened the cherry wood cabinet to reveal the large flat screen television, and shelves filled with books on her favourite actress, along with DVDs of most of her movies. Two rows of movies beckoned her: Belle Star, Whirlpool, Close To My Heart, The Ghost and Mrs. Muir, Where the Sidewalk Ends, Heaven Can Wait, The Razor's Edge, Son of Fury, Black Widow, Leave Her To Heaven, Night and the City, Sundown, Hudson's Bay, Tobacco Road, On the Riviera, The Shanghai Gesture, Dragonwyck, Never Let Me Go, Thunder Birds, Laura. The Left Hand of God and many others. Lucrezia chose Laura as the film to watch, and she pulled out a large glossy book with pictures of the actress accompanied by famous people in her life such as Oleg Cassini, Aly Khan, John F. Kennedy, Humphrey Bogart, Howard Hughes and Dana Andrews among others. She also reached for the actress's autobiography entitled, Self-Portrait and walked over to her favourite chair. She placed the books beside the Tiffany lamp on the small wooden filing cabinet in the corner of the room which kept her collection of Tierney memorabilia which Ebay had enabled her to find, movie cards, photographs, magazines with her cover photo such as Life, Movieland, Screenland, Movie Stars, Modern Screen, Silver Screen, Paris Match, and rare movie posters she had had professionally framed in dark wood to match the den's decor: Sundown, Laura, Night and the City, Dragonwyck and Leave Her to Heaven. Declan called the den the Tierney Room.

As the credits rolled in front of the painting of the title character played by Tierney, she hummed along to the theme music and flipped through the actress's autobiography, stopping to look at the photographs. She recalled how she'd suffered from depression and had been hospitalized in the mid-1950s. Electroshock treatments had been administered. Memory loss had been a side-effect. What a nightmare it must have been for her she thought.  A gorgeous woman named after a man, in a man's world, controlled by mad scientists in white coats placing electrodes on her forehead and temples. Such a world of madness must have been as claustrophobic as a small room thick with cobwebs.

She closed the book and paused the movie so she could get her reading glasses she'd left in the bedroom, and after finding them on her side table, she stood before the portrait of herself as Lucrezia Panciatichi painted by Jerome, and wondered how long it would be before she found herself talking to the portrait like a heroine in a Victorian novel.

This is a work of fiction. Names, characters, businesses, places, events and incidents are either the product of my imagination or used in a fictitious manner. Any resemblance to actual persons, living or dead, or actual events is purely coincidental.