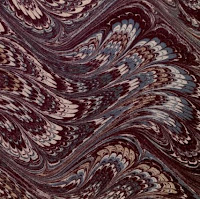 The smooth lustre of the celadon garden stool was a green memory surrounded by the decay of autumn. Mrs Shimoda gazed at it from her kitchen door. She would bring it in tomorrow, their wedding anniversary. She would hose it thoroughly to disperse any lingering earwigs—an unfortunate summer haven for the unpleasant insects—dry it off with a cotton towel and then place it in the kitchen, a ceramic pedestal for her pot of chives, the fresh herb so welcome in her Miso soup. She closed the door and went to the sink to wash the few dishes from her supper. Life had become less complicated, yet more subtle in her widowhood. Alone, every act was ceremonial. The days passed and seemed empty, but they were deeply rooted; the trees and shrubs were now surrounded by decomposition, but the roots were thriving; the branches were leafless but the buds were there. She dipped her small cup into the warm soapy water and performed the act of cleansing for the spirits around her.

As she aged, she was becoming frail, delicate, crooked, in search of peace, tenderness. On occasion when shopping for fresh produce at the Atwater Market, she noticed younger people look at her with a sense of tenderness. Not all of course. Only those who, though youthful in comparison to herself, contained within themselves perhaps, an understanding of these aged qualities. The sensitive ones her husband used to say were in the slow lane. There was nothing wrong with the slow lane. When first meeting her future tenants, Duncan and Amelia, she had sensed they were in the slow lane.

She heard Amelia, Duncan and Hugh above her, busy in the kitchen with the low sound of music. They had a dinner guest. A young woman had rung the bell. They only played music without headphones when they had guests.

She washed a small plate followed by the cutlery. If only she could find the missing piece. She had searched her flat, looking under furniture, in corners, waste paper baskets, the vacuum bag, but to no avail. The jigsaw puzzle her son had bought her depicting three Japanese woman in kimonos with oil-paper parasols and a prospect of cherry trees in bloom, would, it seemed, never be completed. Where one of the Geisha's hands holding the bamboo shaft of a parasol should have been, now only emptiness. Without that piece, it was as if the parasol would take flight in a breeze or fall to the grass. This emptiness near the centre of the puzzle, a flared square with round tabs on each side like a compass star, a symmetrical mirror image, one of artificial perfection, was an irritant every time she passed the dining room table. The longer she stared at the two dimensional image, the more the missing piece felt like a hole draining the puzzle of all semblance to reality. After awhile, she began to perceive the puzzle as a small abstract shape within a large rectangle of colour. The focus of her perception had shifted which reminded her of looking too long at a printed word on a page rendering it mere lines and curves empty of all meaning.

She dried the dishes slowly, methodically. Had it been a mistake at the factory? Or had she somehow lost the piece? What would she tell her son? He always liked to inspect the finished work. Would he think she was beginning to falter. First a missing jigsaw puzzle piece, next the kettle on the stove. . . .

Having finished the dishes, she made her way to the front room. A black lacquer cabinet concealed a small flat screen television, a gift from her son. She rarely watched television but he insisted she should have a modern one, even though it didn't even appear to be a television, more a dark window of forbidding depths. Another hole draining all semblance of reality. She liked it hidden in the cabinet. She heard her Mother's voice, 'Out of sight, out of mind.' So true, she thought, so true. She relaxed in her chair and anticipated watching The Wheel of Fortune. The word puzzles were enough to rouse her interest, and she enjoyed the host's sense of humour. There was also something cherubic about him. But it was early, so she picked up her newspaper crossword puzzle sitting atop a neat stack of Sudoku and crossword puzzle books.

Number 42 across, “Unlikely Memoirist,” starting with letters Am...?

Am . . . Ama. An irritant. A memory was aroused of her Father telling her stories about the cultured pearl industry. They had been to the sea shore and her Father had picked up an oyster shell from the beach, and proceeded to tell her all about the fascinating history of pearls. The Ama, or woman divers, braving the cold waters and dangerous eels, would swim down to the bottom to harvest oysters for seeding. The oysters would be left in the shaded open air for thirty minutes until they opened slightly, and then pegged to keep them so. An irritant was then carefully deposited within the oyster, and they were then returned to special baskets in the water where, with time, the oysters would cover the irritant in layers of nacre to eventually produce a pearl. And yet, even for all the hard work, a perfect round pearl was not to be expected in every oyster. She remembered how odd it was that Japan would import clam shells from the United States and process them for the seeding of the oyster. They would first cut them into strips, then in little cubes before they were polished with sand to form spheres of various sizes. And these would be the seeds, or nuclei, for the future pearl. So, in the centre of many cultured pearls, would be a calcareous American seed.

She rested her head and closed her eyes remembering reading a library book about pearl divers and a fishing village. She was fifteen, 1954. The book, Shiosai, had been popular. The love story led her to romantic daydreams of living in a lighthouse and finding love with a local fisherman's son. Such silliness.

She shook her head and looked down at the crossword puzzle. “Unlikely Memoirist.”

She looked over to her improvised tokonoma area with its picture scroll hanging above her floral arrangement of Chrysanthemums in the Teh-chi-jin style—heaven-earth-man—one of balance and simple lines. Her husband's favourite.

Perhaps the missing jigsaw piece was similar to the irritant. Perhaps the longer she concentrated on the empty space, she would, over time, envelop it in understanding which would lead to a metaphorical pearl. Of what, she didn't know.

An answer came to her and she pencilled in the letters: Amnesiac.