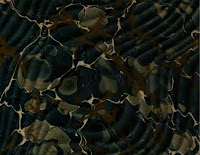 Floral knowledge was not one of Amelia's strengths: Matsumoto Asters, Monte Cassino Asters, Pink Alstroemeria, Pittosporum, Statice. Her acceptance of the small translation job for the florist would be, if not lucrative, at least informative. Some of the more common floral names stirred memories of her wedding flowers—and her bouquet, white peonies, lightly scented, subtle, classic, so simple and yet, she thought, so reflective of her personality. She sighed remembering the long months of planning, the search for the dress, the location, the invitations, the food, the cake. The cake! She didn't want to remember the cake. It had looked wonderful, but the knife found nothing but recalcitrant fondant; the cameras had captured the happy moment, but not the sound of the knife ringing off the icing as she and Duncan held the knife, smiling, trying to find a method of slicing through what Amelia thought must have been a window display model it being so hard. They had laughed, in the moment, the one fault in an otherwise perfect day.

It had been Mélisande who caught the bouquet, standing, resolutely and somewhat solemnly, at the back of the group of multi-coloured dressed young woman, a bouquet in themselves, playfully avid for the prize. Was it chance that she had tossed it so high and far, or did she somehow understand the psychology of the participants and had unconsciously directed the bouquet in the almost slow motion arc high in the airy hall, landing, yes, landing upon the outstretched arms of Mélisande's placid incertitude? Everyone had cheered around her and had given her hugs of encouragement much to her embarrassment.

A nervous shiver of responsibility came over Amelia as she recalled the evening when Mélisande and Pavor had met. It was ten years ago. She had invited Mélisande, newly single after a long relationship with a baroque violinist, to join her and Duncan at an author event, a book talk and signing. Pavor, a lawyer who had yet to find himself as an established author, had also been in attendance, and Amelia recalled her presentiment of possibilities when she had watched them, the petite dark-haired librarian and the tall, fair-haired lawyer, as they had joined the queue together to have their books signed, and had begun a conversation in the languid atmosphere so common to slow moving lines.

Amelia wondered when Mélisande's fiancé would actually don his tux and slip the ring. The last she had heard was that Pavor was in Europe researching his next novel. She must have Mélisande over for dinner.  She would see. She would see.
She heard the light tapping of Hugh's nails on the wood floor, and then she heard the front door opening and Duncan wrestling with a bag of some kind.

Duncan climbed the stairs and came down the hallway whistling four notes. He paused, looking at her from the dining room door and said, “I'm quoting Elgar, from his. .”

“Yes Cecil, the Enigma Variations,” she said before they gently laughed and Hugh looked on expectantly.

“Spaghetti squash from the market,” Duncan said, holding the pale yellow oblong winter squash up as if he were a shot putter. “A little string theory for dinner I thought.” He walked over and kissed the top of Amelia's soft brown hair, her scent fragrant with well-being. “I picked up a nice bottle of red wine too.”

“Ah, lovely,” she said, “you read my mind.” She followed Duncan and Hugh into the kitchen and helped him with the few groceries.

“How did the florist go this morning?” Duncan asked as he unscrewed the cap of the Shiraz-Malbec and retrieved two glasses.

“Good, good. The owner was very nice. It won't pay much but it will help.” They clinked glasses and said cheers and then sat down at the kitchen table. “So how was your day?”

After telling her about his morning delivery to Chinatown, and his brief visit at Yves's record shop, they sipped wine quietly as Duncan wondered whether to bring up Yves's idea of regrouping The Splices to make extra money.

“How is his business doing?” she asked.

Duncan dropped his arm down to pick Hugh up and put him on one of the chairs to be closer to them. “I'm not sure. His overhead must be a hurdle.” Duncan bent down and gave Hugh a kiss on his head. “Yves actually joked about regrouping The Splices, try to make some smooth money or something.”

Amelia reached out and caressed Duncan's shoulder. “Is that . . .” she paused, searching for a word that would not upset Duncan knowing that his deceased brother had been the lead singer, “Is that feasible? I mean, you haven't played together for quite a long time.”

Duncan sighed. “Hmm, I guess The Splices are lost in the musical wilderness. We were really just a glorified cover band. But it's possible to find our old palm tree out there, give it some water, prune the . . branches, and well, give it a try."  He looked at Hugh and said, “That's right Hugh, you've never seen me on stage. You lucky dog.” Duncan took Amelia's hand and kissed her soft skin. “Yves actually thought of updating the group, getting a . . new singer and calling ourselves Celsius. Running hot and cold he said. He even put a double CD of a modern successful band in the bag that he gave me with a few older classical albums to look over. A little surprise to kindle the flame as it were.”

“Celsius? Well, it does have similar letters.”

“To your old music band name," she said, looking over Duncan's shoulder as if she were reading letters on the wall. "Splices and Celsius have very similar letters, except for u of course.”

Duncan tried to visualize the words and nodded, still somewhat vague, his wife's intelligence being so much sharper than his, he generally agreed with her quickly. “Yes, except for u. Interesting. I wonder if Yves was rearranging letters and came up with that name?”

Amelia petted Hugh and lifted her eyebrows and nodded. “Oh, I received an email from Jacqueline. If you remember I had invited her for a possible meal at the end of the week or this weekend, but she and Didier will be busy with relatives. But,” she said, looking down into Hugh's eyes, “I was just thinking of Mélisande, and thought of inviting her over for dinner.”

“Great. She may have something to tell us about the Latin text too.” Duncan got up and went over to the counter to prepare the squash. "Is she still engaged to the writer?"

Amelia followed him over and took out the cutting board and dishes. “As far as I know." She began to peel a few cloves of garlic. "If you prefer, I could meet her for coffee, reacquaint myself with the lay of the land. Oh, did Noel show up this afternoon?”

"Oh yeah, he browsed for awhile. I left him alone while I handled an order for nautical rope, a phone request from a fellow who's refurbishing a thirty footer. That will be a nice sale, oh, sorry, unintended pun. Anyway, when I came back I made some tea and we had a chat.”

“Did he find something to buy?”

“Yes, three older volumes for . . . about $125. I threw in two paperbacks, a Richler and a MacLennan.” Duncan scooped out the seeds of one half of the squash placing them on a paper towel. “We had a good chat.” Duncan related the ghost story that Noel told him about the nun and the maze and how she strangely haunts an old pub near Oxford.

“How did you get talking about ghosts?”

“Well, I was telling him the story about . . .” Duncan hesitated, but the door was already open and he couldn't see how to open another. “I had told him the story of MacLennan and the needle, and he wondered if the scream was due to having seen a ghost.”

“Oh dear, well, as long as you don't tell the story tomorrow at The Ritz to Noel's daughter.”

“Don't worry my dear, I will not bring it up again.” He stood by as Amelia prepared the sauce, sipping his wine. “We were like two old crusty sailors, smoking our pipes near a warm stove, telling stories.” Duncan paused, and then said, “Since we were talking about ghosts, I actually told him about my Mother and the funeral home.”

Amelia turned around, mouth open in astonishment, feeling that her solidarity of affection had been breached with this revelation to an outsider, a relative stranger. Duncan, sensing that she was hurt, hugged her and held her close whispering his apologies for revealing such a personal story, one that she felt was too intimate for sharing outside of immediate family and close friends.

“I'm sorry, I shouldn't tell you what to do. They're your stories,” she said, understanding Duncan's tendency towards substitute Father figures.

“I know, but you're right, you're right,” Duncan said. “I'm either quiet as a mouse or I'm  running off at the mouth like the march hare or the mad hatter. My moods often dictating—literally.”

She held him tightly and they swayed as the garlic began to sizzle, and Hugh, looking on, waited to be included in this show of affection, waited to be hugged and kissed and whispered to, and waited, yes, for his dinner too.