E is for Endogeny or What you Will 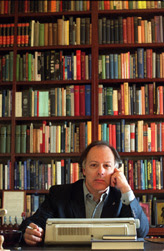 With my two volume Oxford English Dictionary, I resort to taking my glasses off and placing my nose close to the page where I can smell that ever relaxing fragrance of print and paper. This is the dictionary with the print the size of a grain of sand and the one that is a challenge to the eyesight of most, if not all, people, even with the magnifying glass, a glass which usually comes nestled in the little drawer built into the slipcase for the set--mine having mysteriously vanished with some previous owner who couldn't resist, perhaps, the shadowy sherlock mystique of holding one or having it just so, at hand, upon the writing table; then again, perhaps it was a youth who withdrew it from a parent's study to observe the structure of tiny black ants or the patterned veins of a butterfly's wing and then left it behind, forgotten in the meadow, grown over, lost. . . (Easy enough to replace a magnifying glass, but indeed, it would always be an impostor.) It was to my print intoxicating OED that I turned when, in the midst of enjoying Javier Marias's novel All Souls, I came across a wonderful passage--one of many--with a word that sent me to the dictionary: endogeny. Marias (here pictured), or more correctly the unnamed narrator, is describing a bachelor, a professor emeritus at Oxford, one Toby Rylands:

He was a very big man, really massively built, who still had a full head of hair: his statuesque head was crowned with wavy, white locks like whipped cream. He dressed well though, with more affectation than elegance (bow ties and yellow sweaters, rather in the American style, or the way undergraduates used to dress) and he was regarded as a future--indeed almost extant--never to be forgotten glory of the university, for in Oxford, as in all places where people perpetuate themselves by some form of endogeny, individuals only achieve glory when they begin to relinquish their posts and become passive beings about to be shuffled off to make room for their legatees. He and Ellmann, Wind and Gombrich, Berlin and Haskell, are or were all destined to end up as members of the same race: the retrospectively desired.
-Javier Marias, All Souls (New York: New Directions, 2000 ) translated by Margaret Jull Costa (1992) p. 128.

Endogeny: "growth from within." A botanical appropriation. It seems appropriate with Javier Maria's novel whose very subject matter, the endogenous intellectuals of Oxford, is spun around the themes of time, identity, the past, memory and change. How to reveal the inner lives of the characters is the challenge. The narrator is an outsider and is showing us a small group of intellectuals who lead rather closed lives, often solitary, withdrawn from everyday concerns. If one knows gossip about another, it is money in the bank, but one does not reveal anything about oneself. It is rather like a grand card game with all the players holding their cards close to their respective chests. But for the closed nature of the group, the narrator does enter into their world and does gain insight and understanding into some of these dead souls.

The unnamed narrator recalls his two years as a visiting lecturer of Spanish literature and translation theory at Oxford, "a city in syrup, where simply being is far more important than doing or even acting." He looks back and it is through his memory--reliable or not--that we learn of his observations, ever so detached, of the city life, its eccentric characters, and his experiences. The preoccupation with time, identity and perception is revealed in characters such as the touchingly drawn character of Will, the aged (almost 90 year old) porter of the Institutio Tayloriana who takes Martial's epigram to heart { "To be able to enjoy (in memory) your former life is to live live twice over." [Epigrams, Bk. 10, 23, I] }, for Will is a character whose life is atemporal. A man whose "limpid gaze" saw individuals differently each day:

Will literally did not know what day it was and spent each morning in a different year, travelling backwards and forwards in time according to his desires or, more likely, quite independently of any conscious desire on his part. (p. 4)

There is also Clare Bayes with whom the narrator has a rather abstract affair. He says of her that:

Everything about her was expansive, excessive, excitable; she was one of those beings not made for time, for whom the very notion of time and its passing is a grievance, and one of those beings in need of a constant supply of fragments of eternity. . . (p. 21)

It is perhaps within these abstract parameters of time that this novel exists. The narrator sees his time at Oxford as one of "unease" for the University was not in time, rather out of it, in stasis if you will, and it is only when he is back in Madrid does he re-enter the real world of time.

If one reads the novel with the thematic structures in mind, the series of observations drawn by our visiting narrator take on greater cohesion for each chapter seems to deal with a different individual or situation. There is the wonderfully comic scene of "high table" where the Oxonian congregation gather for their ritual meal; the visits to Oxford bookshops especially Mr. and Mrs. Alabaster's bookshop, two amusingly drawn individuals like spiders in their web of words; his observations of Oxford beggars, some fallen from creative accomplishment like the violinist John Mollineux and the theologian Professor Mew; his fellow dons, Cromer-Blake, Toby Rylands and Dewar, the latter a multi-linguist solitary and occasional pen-pushing spy; and Clare Bayes, the fellow professor with whom he is having the affair and who reveals to him in their final meeting in Brighton, the dramatic events of her mother's death, which, with a twisted trajectory, is connected with the author--the real-life author--John Gawsworth.

In the middle of the book there is a chapter devoted to the then obscure and forgotten John Gawsworth which reads rather like a non-fiction biographical piece. By bringing the real-life character of John Gawsworth into the fictional world of his novel, Marias adds but another dimension. His treatment of this obscure author led to Marias being given the title of King of Redonda, a title, fittingly abstract and quasi-fictional, which he has taken to heart and truly has done the most with in creating a publishing imprint and a literary prize.

After the book was published and translated, many individuals thought it was a roman a clef: Javier Marias, like the narrator, was a visiting lecturer at Oxford for two years in the 1980s. Many saw themselves in the book, others wished they did. In fact, the book created so many ripples that Javier Marias penned Dark Back of Time, what he called a "false novel," nine years later dealing with, among other facets of time and theme, the reception of, and reaction to, All Souls . And it is to this book that I now turn my attention, my time, in a "holiday from the infinite".